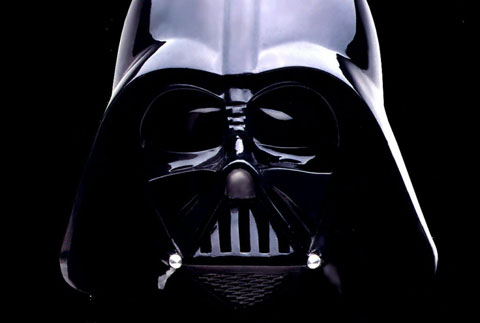 Straight from the official site:

In response to overwhelming demand, Lucasfilm Ltd. and Twentieth Century Fox Home Entertainment will release attractively priced individual two-disc releases of Star Wars, The Empire Strikes Back and Return of the Jedi. Each release includes the 2004 digitally remastered version of the movie and, as bonus material, the theatrical edition of the film. That means you’ll be able to enjoy Star Wars as it first appeared in 1977, Empire in 1980, and Jedi in 1983.

This release will only be available for a limited time: from September 12th to December 31st. International release will follow on or about the same day. Each original theatrical version will feature Dolby 2.0 Surround sound, close-captioning, and subtitles in English, French and Spanish for their U.S. release. International sound and subtitling vary by territory.

BAM. I am all over that. I feel bad for the poor shmoes who bought the lesser versions on DVD with Lucas’s tinkering and crap-ifying. They will make so much money from this, it’s ridiculous. Some say it’s because of the success of the Indiana Jones box set, others say it was Lucas’s plan all along to swear he’d never do it, then double his profits. I don’t really care. Han shot first, and now we’ll all have the proof on digital video discs.

UPDATE: It’s being reported that Lucas is being an asshat about the whole thing and the originals are being anamorphically ripped from an old Laserdisc copy, instead of being done properly. Well, OK then, George. Also they’re packaging the new versions with the old ones. The theory is that they can’t have the old version outselling the new. I won’t comment, as I don’t know if that’s true. Personally, I just want to be able to watch the originals on my DVD player, and someday show the old versions to my children. I think someone knows this and is just working this thing like a money lever. The whole situation sucks, but Lucas, apparently, does not understand why he’s rich and famous and is making many moves to become unappreciated and hermitic. That’s my theory.